Monster from the deep 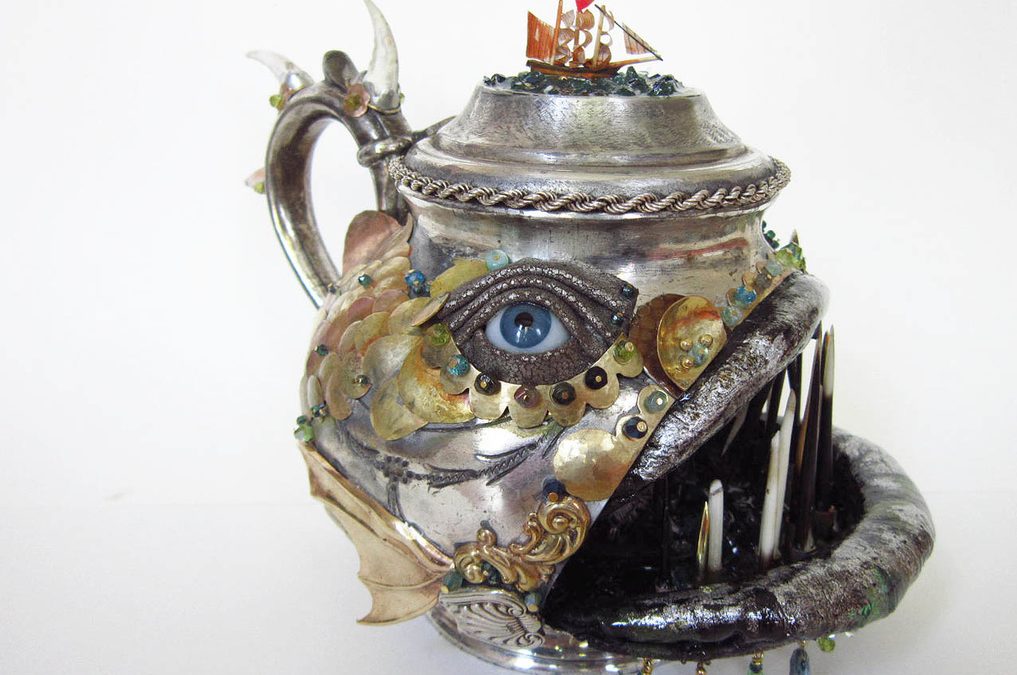 A Sea Monster inspired from a book

I’m often inspired to create sculptures, by books I’m reading. And some of my favourite reads are the most fantastical and creatively detailed books by China Mieville – his worlds are populated by all types of people, mer-people, bug-people, bird people, humans and vampires, who live in floating cities, domed cities, a train-city which never stops, the imagination runs wild.

This intricate and highly decorated piece was inspired by a fantasy deep sea creature called The Avanc, in a book I was reading at the time of making (The Scar by China Mieville) – gigantic, slow and ancient. I began to develop a picture based on the grotesque Angler fish. Mixing imagery from my imagination with various sea creatures, and researching decorative armour, scales and reptilian creatures made in metal I began to form my own creature. 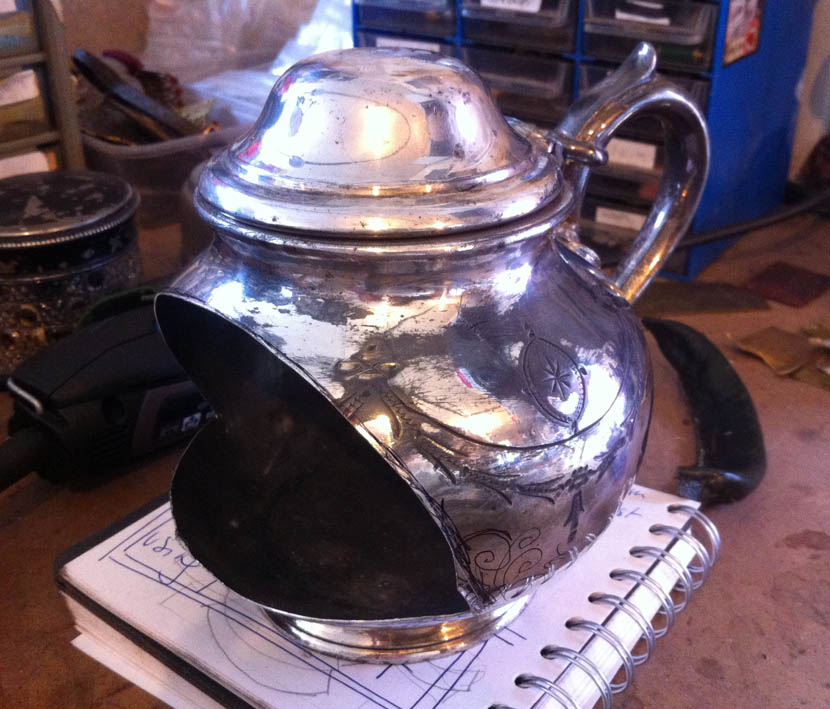 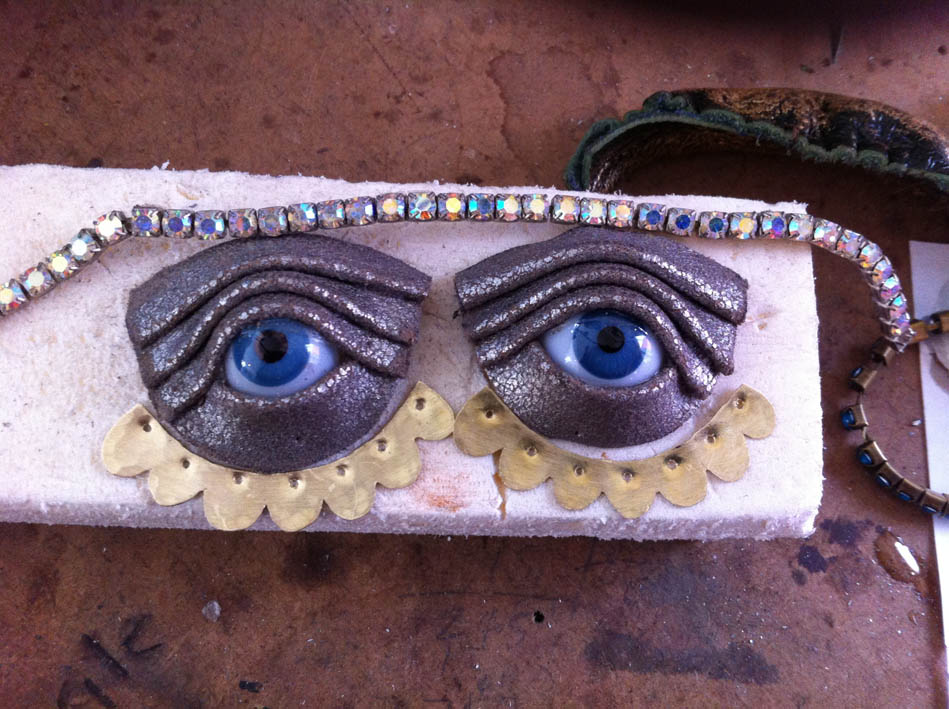 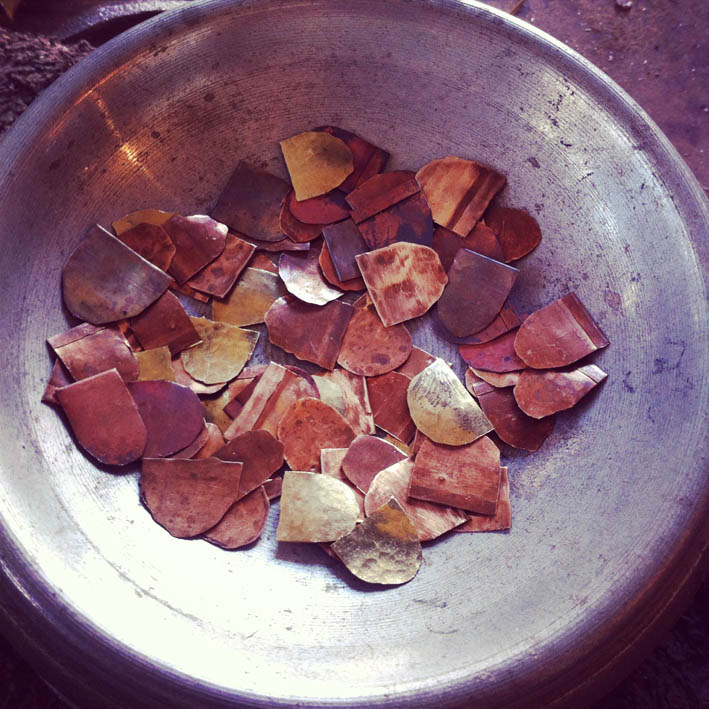 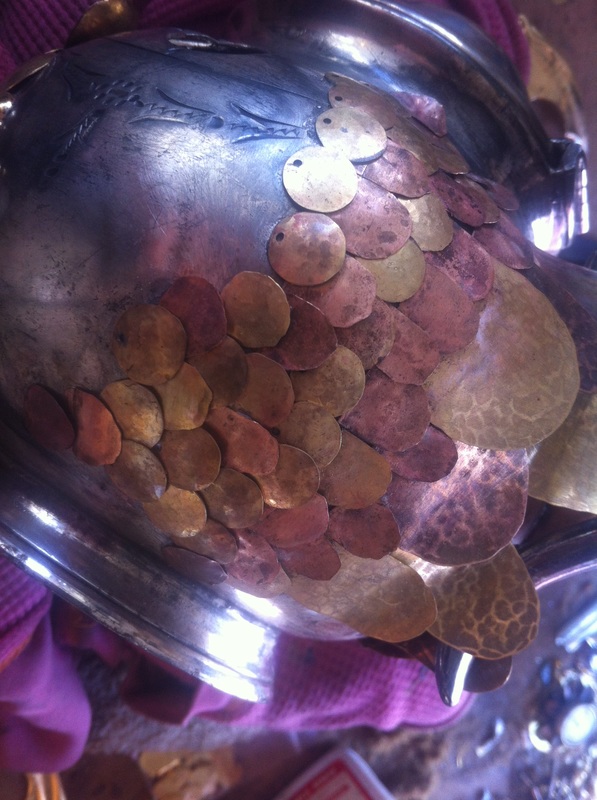 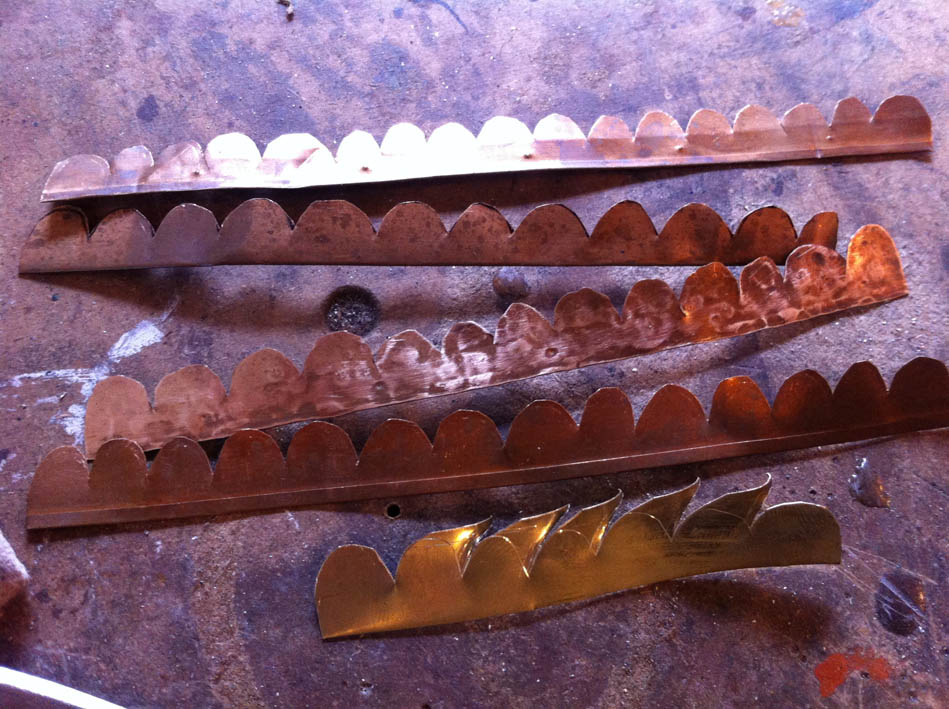 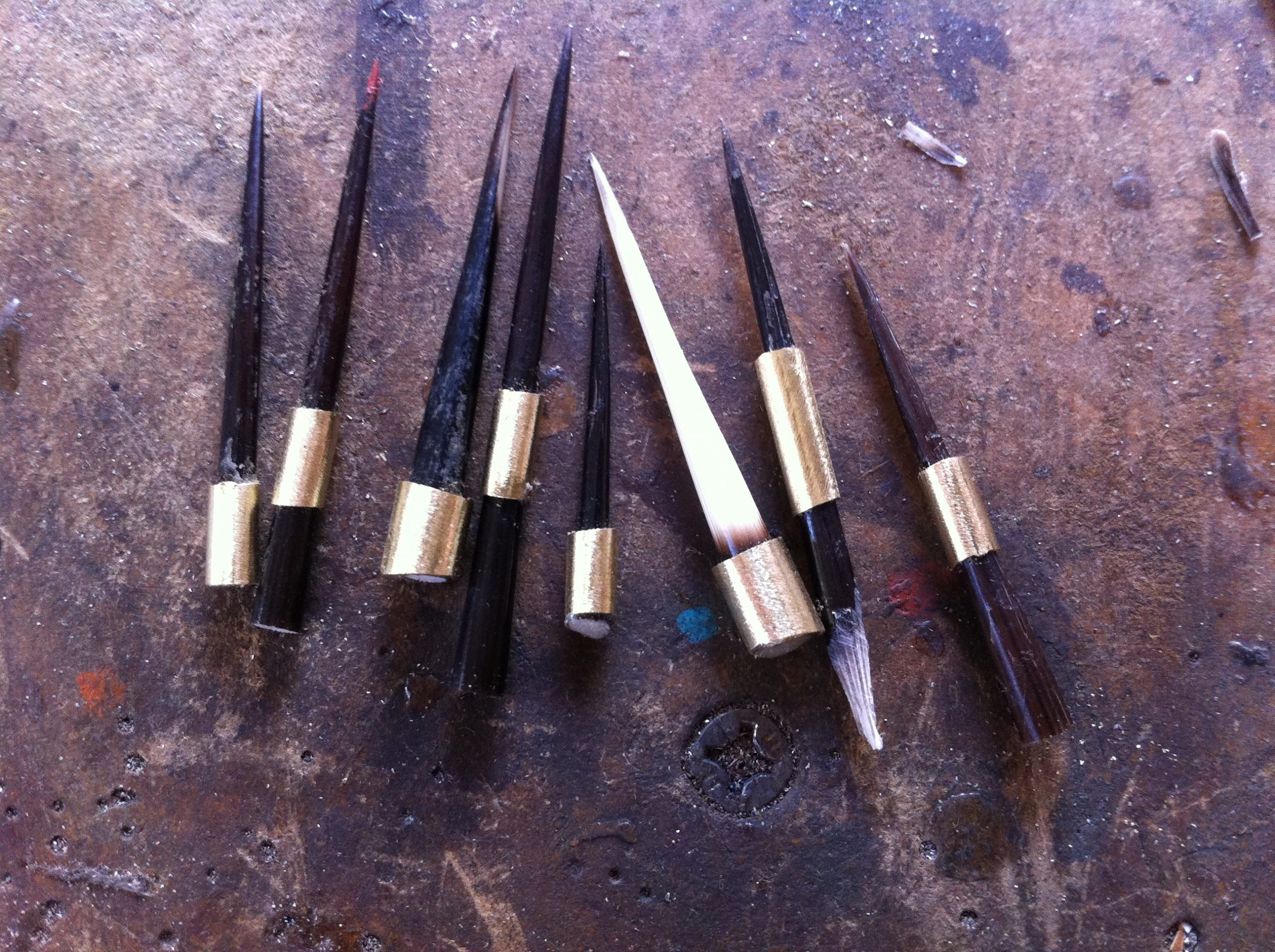 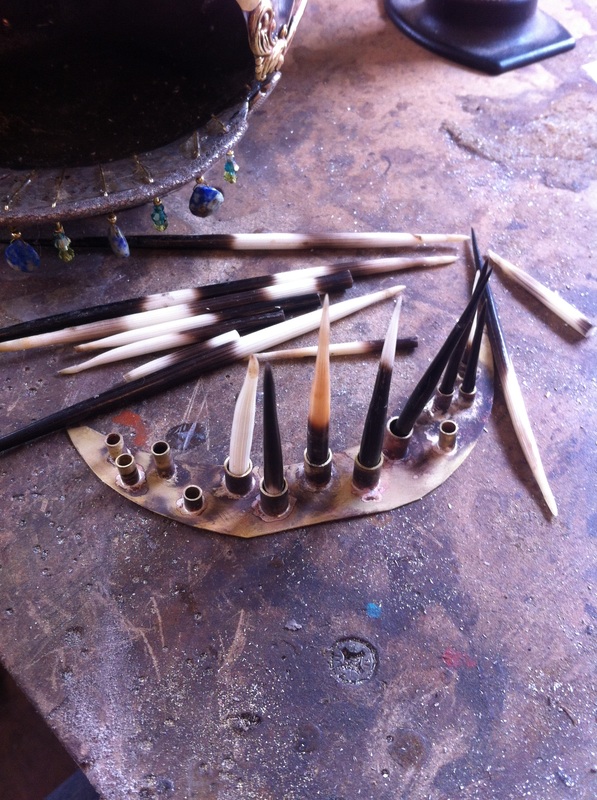 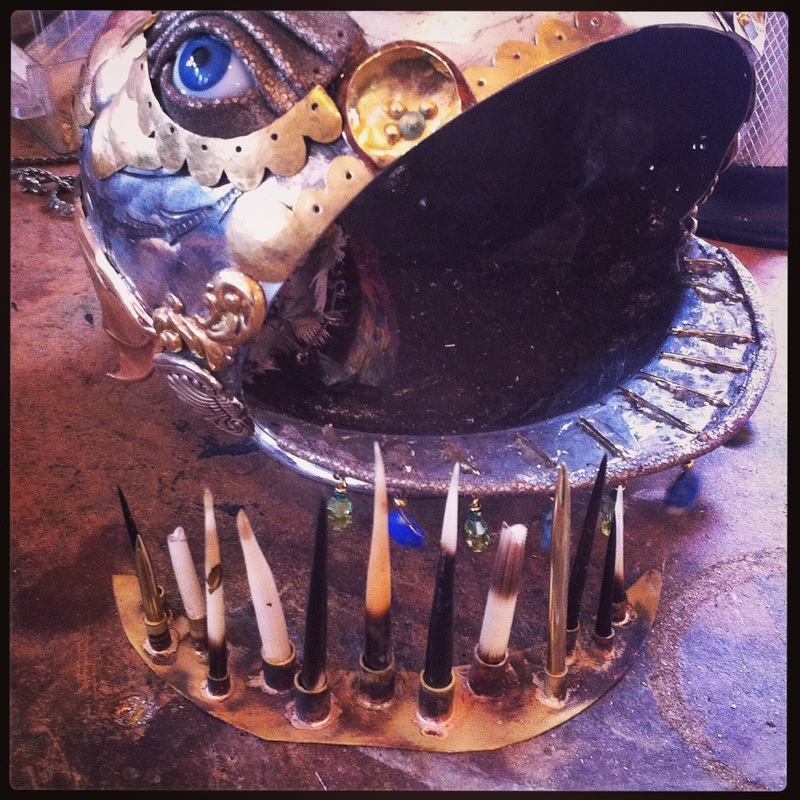 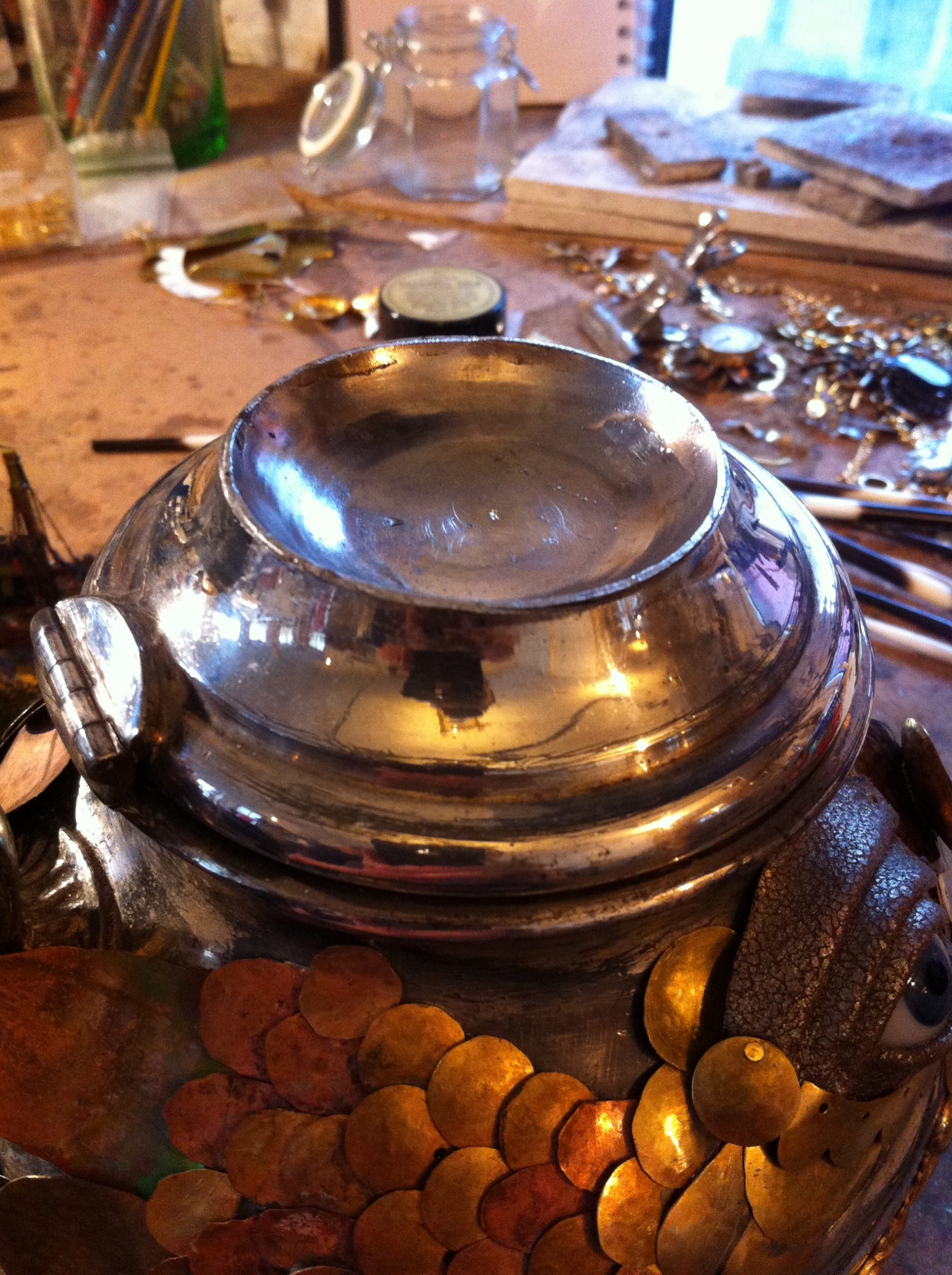 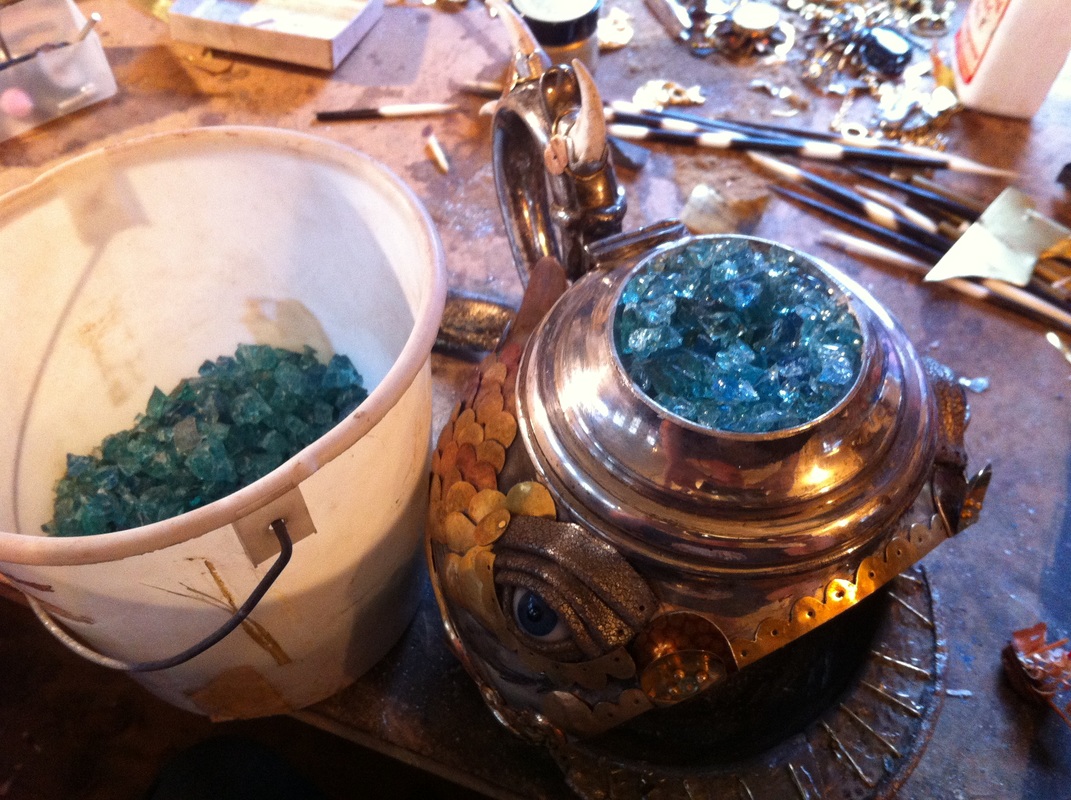 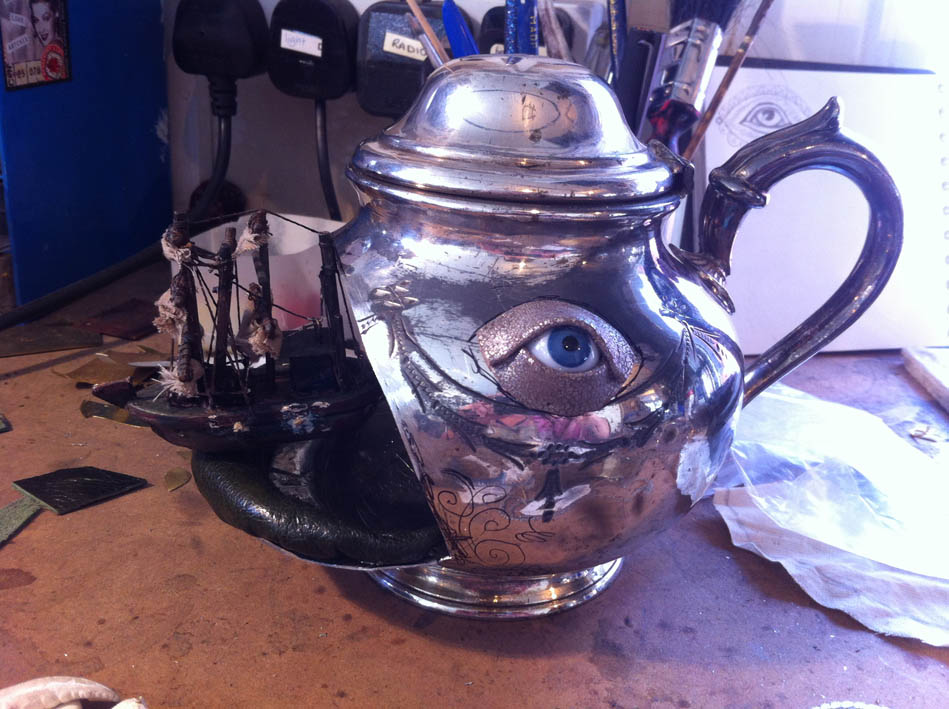 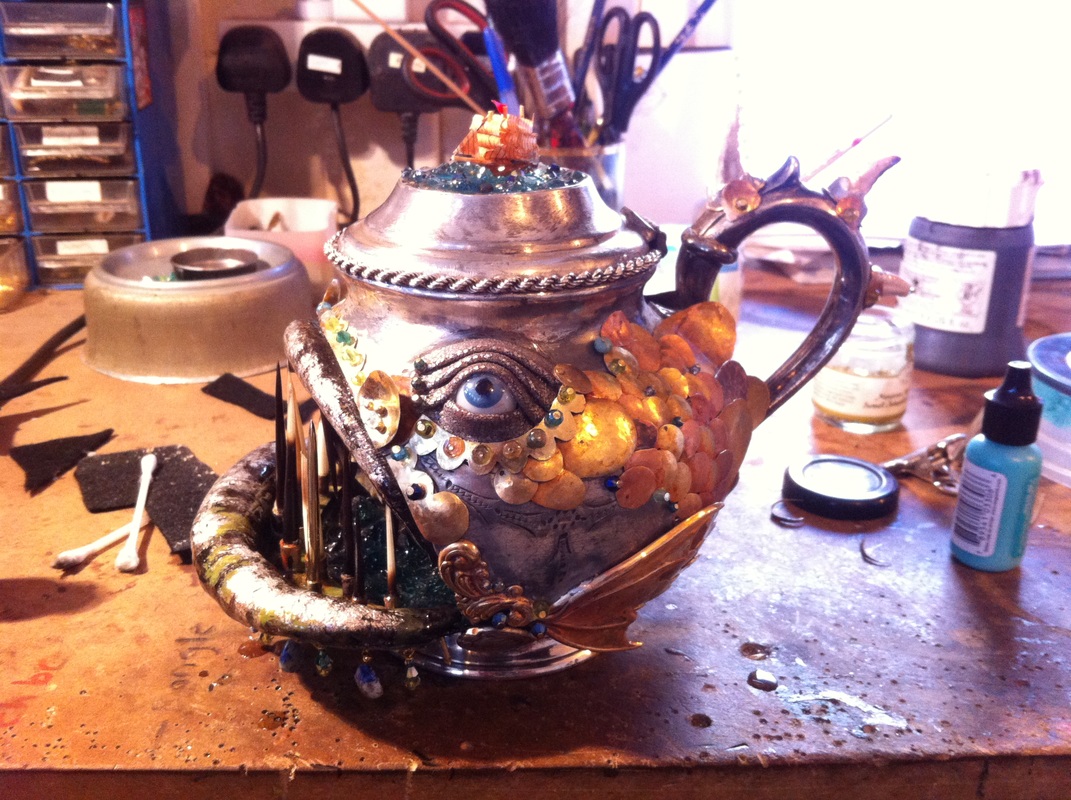 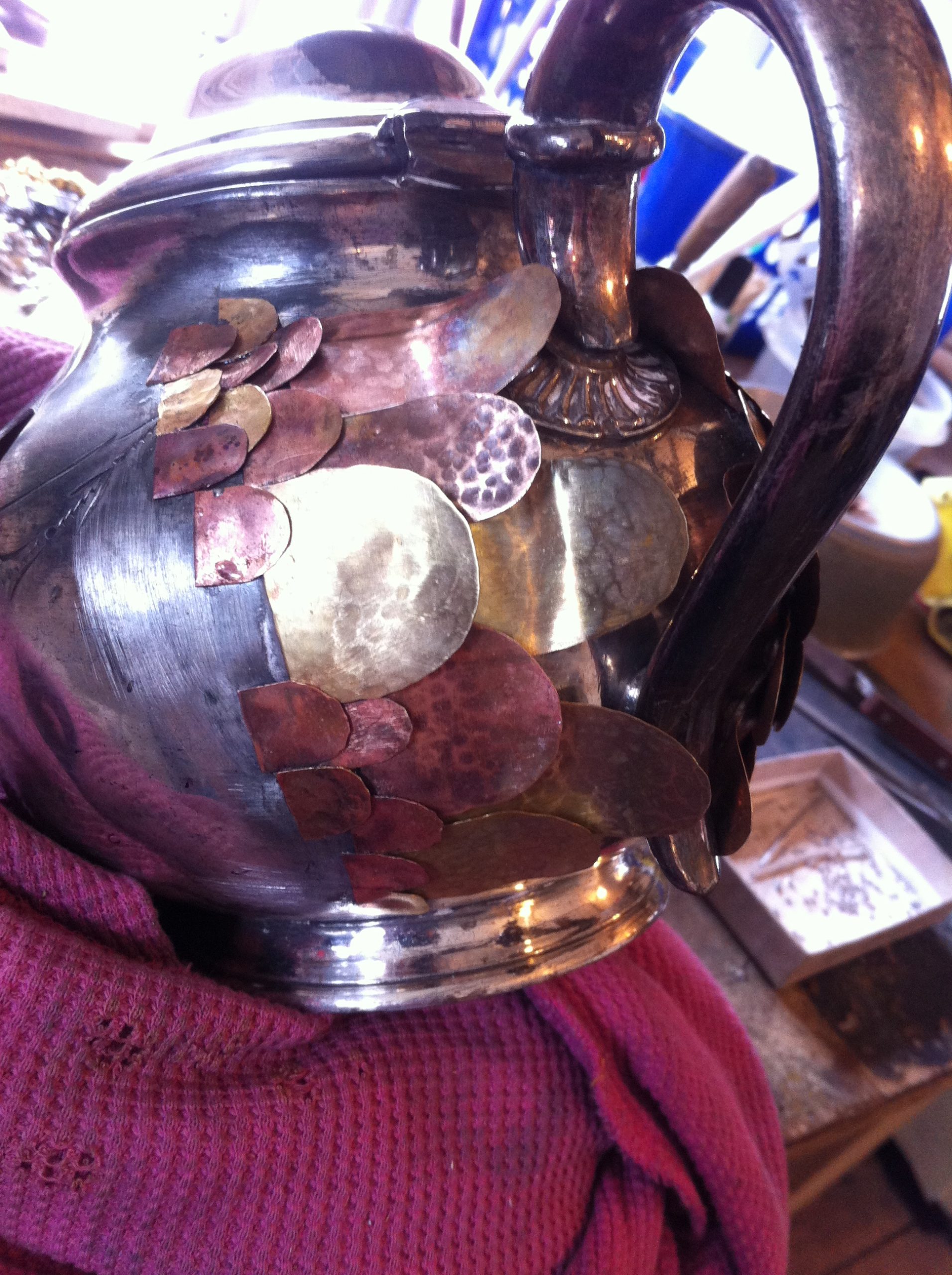 I gathered natural materials collected previously – porcupine quills from a forest walk in Tuscany, crab claws from the beach here in Brighton, leather from an old handbag, semi precious stones and Victorian hand blown, glass dolls eyes. I used shattered blue glass – taken from a cooled down furnace while I was studying glass blowing – for the sea inside his mouth, and above his head. The tiny ships were found at our local flea market, once in bottles, and all the brass and copper is reclaimed and was once another, discarded object. I worked intuitively with this piece, adding decoration as I went, and finishing with semi precious stones, glass beads and a metal paint patina.
This piece now has a new home with a deep sea diver. 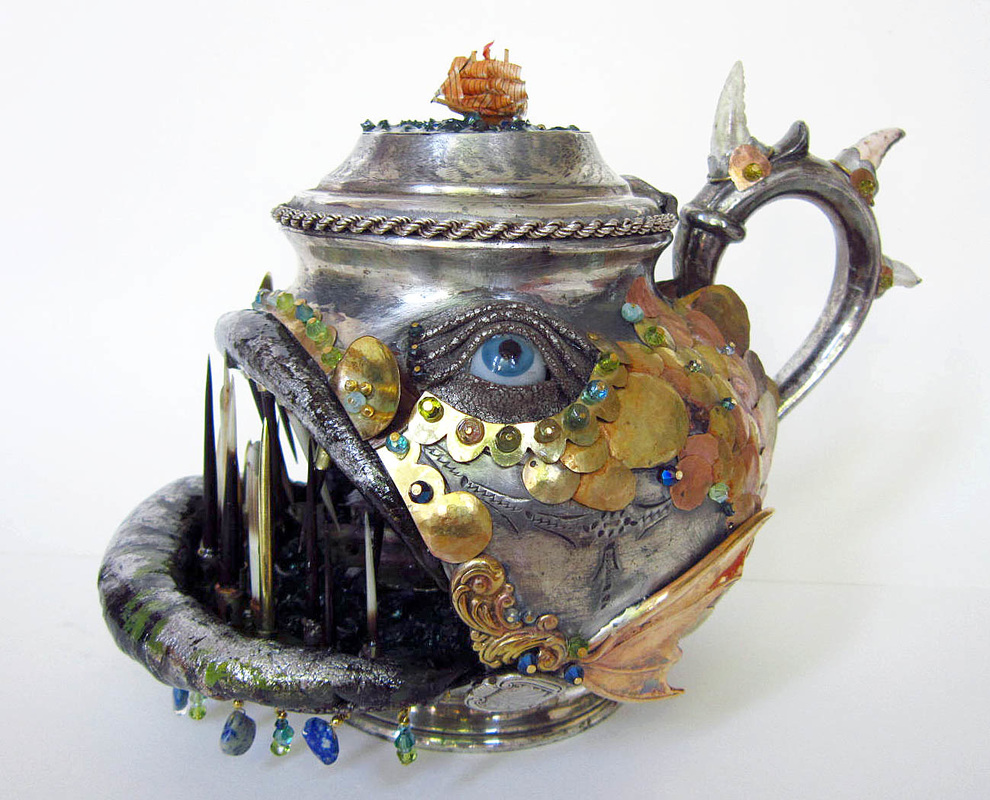 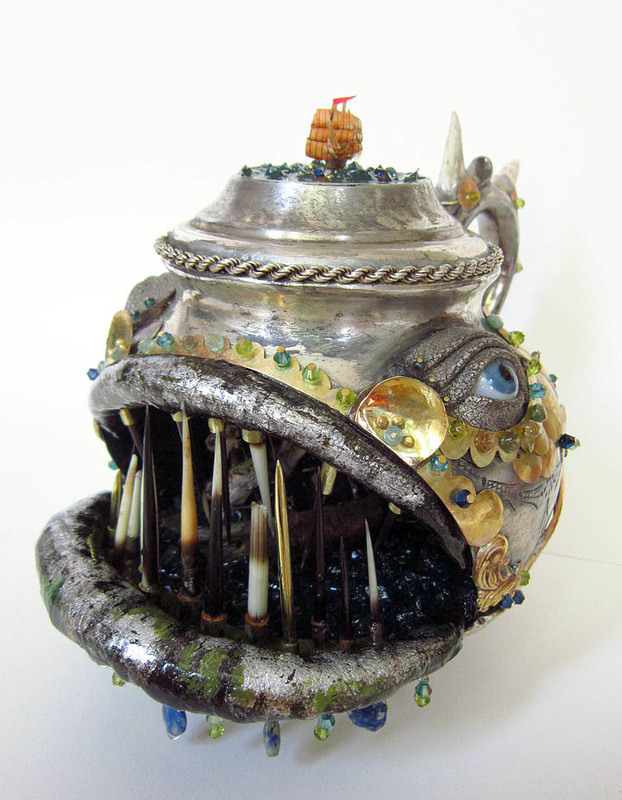 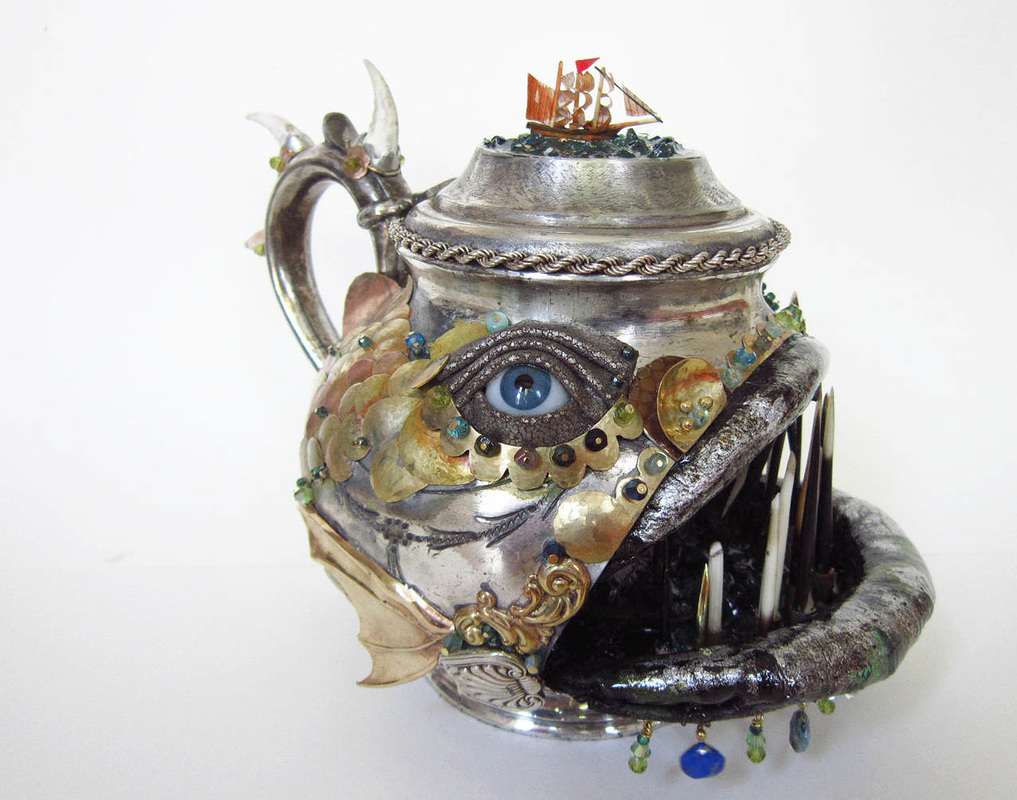 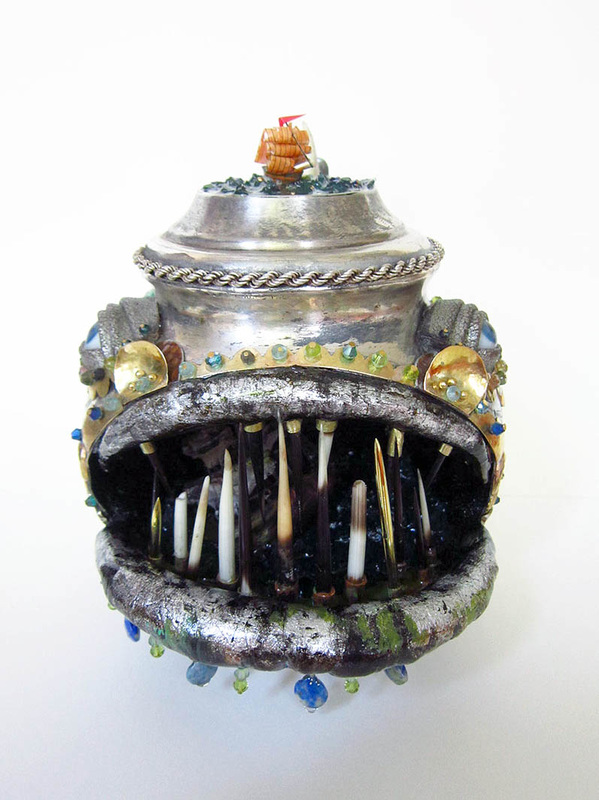 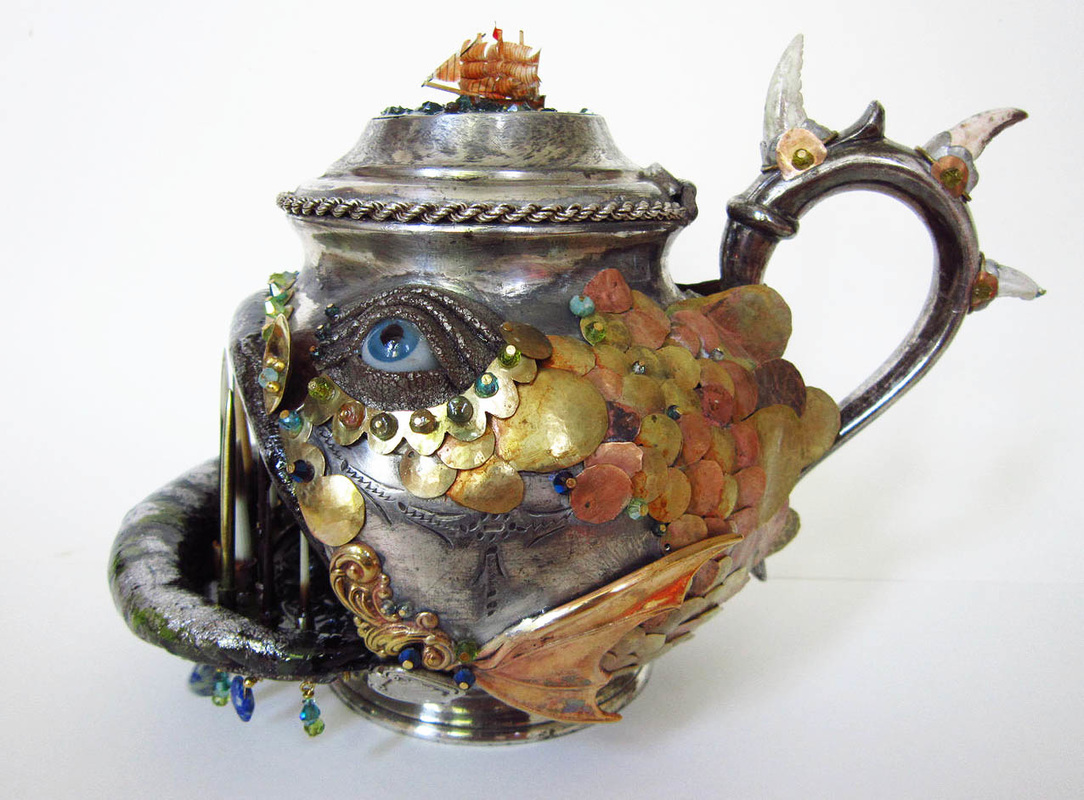 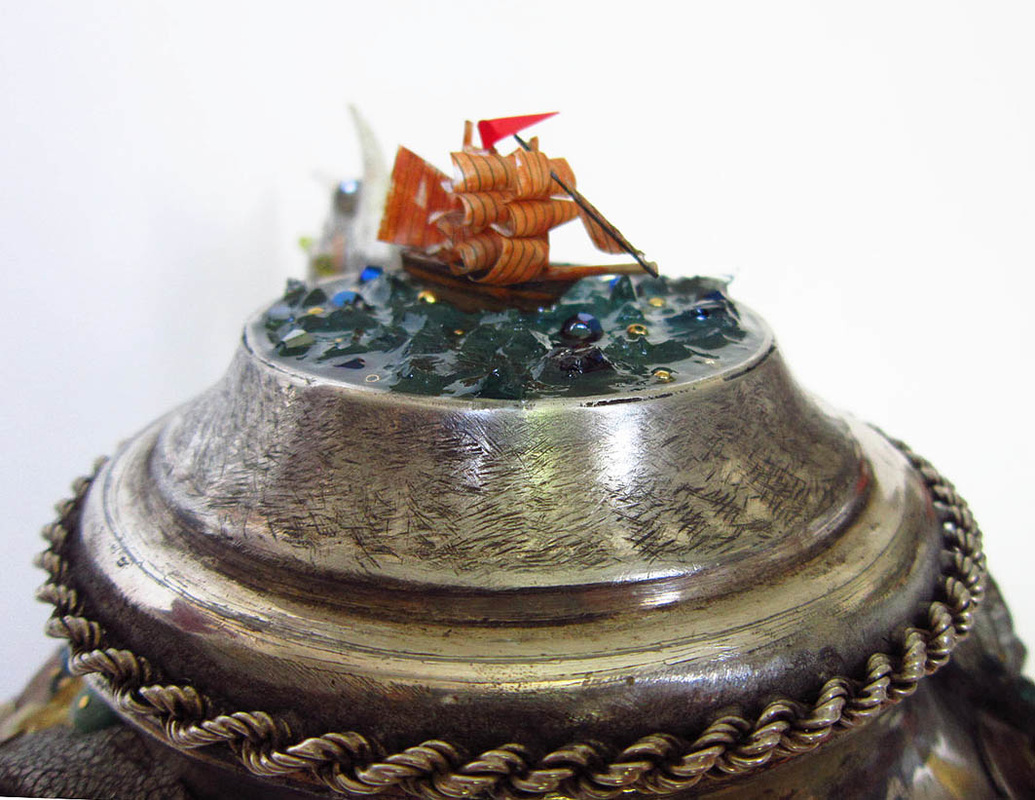 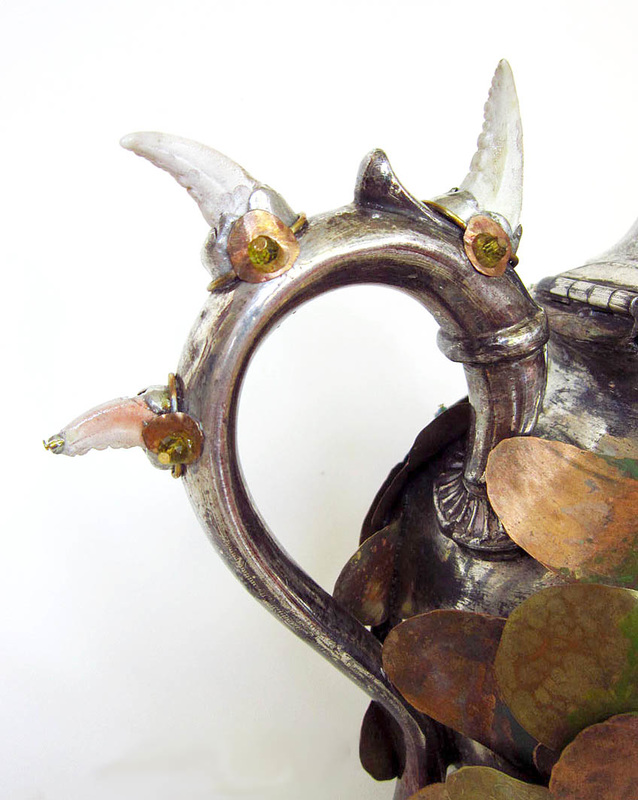 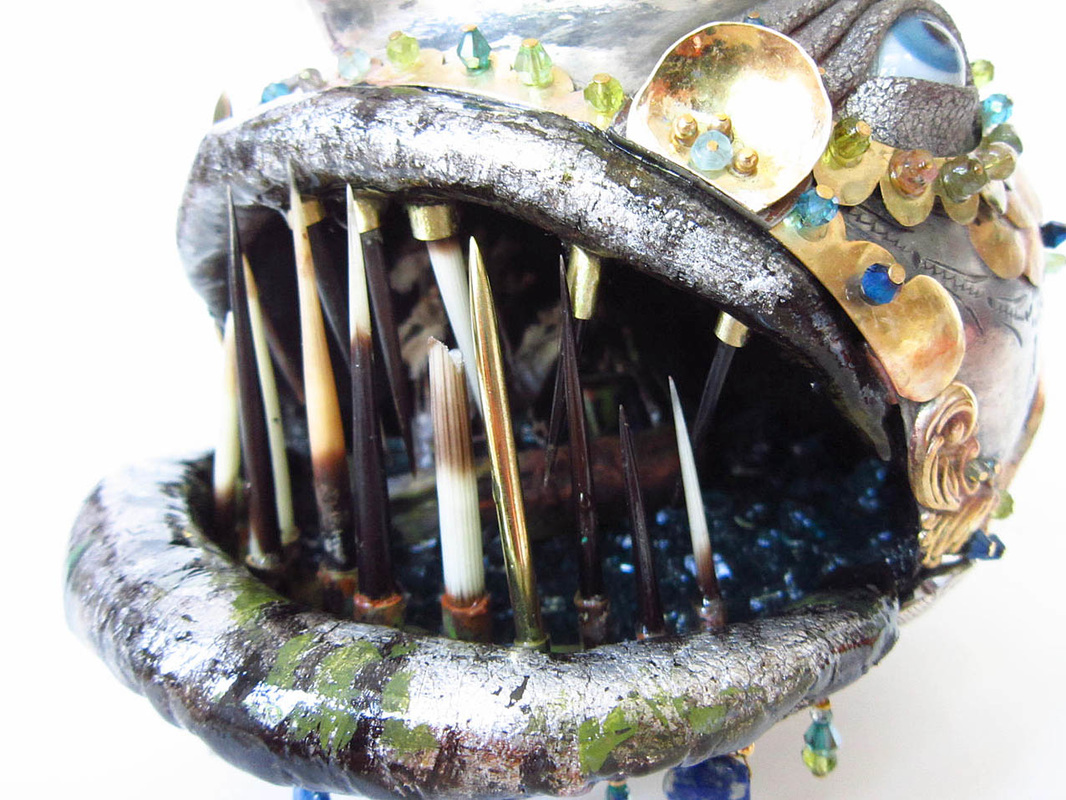 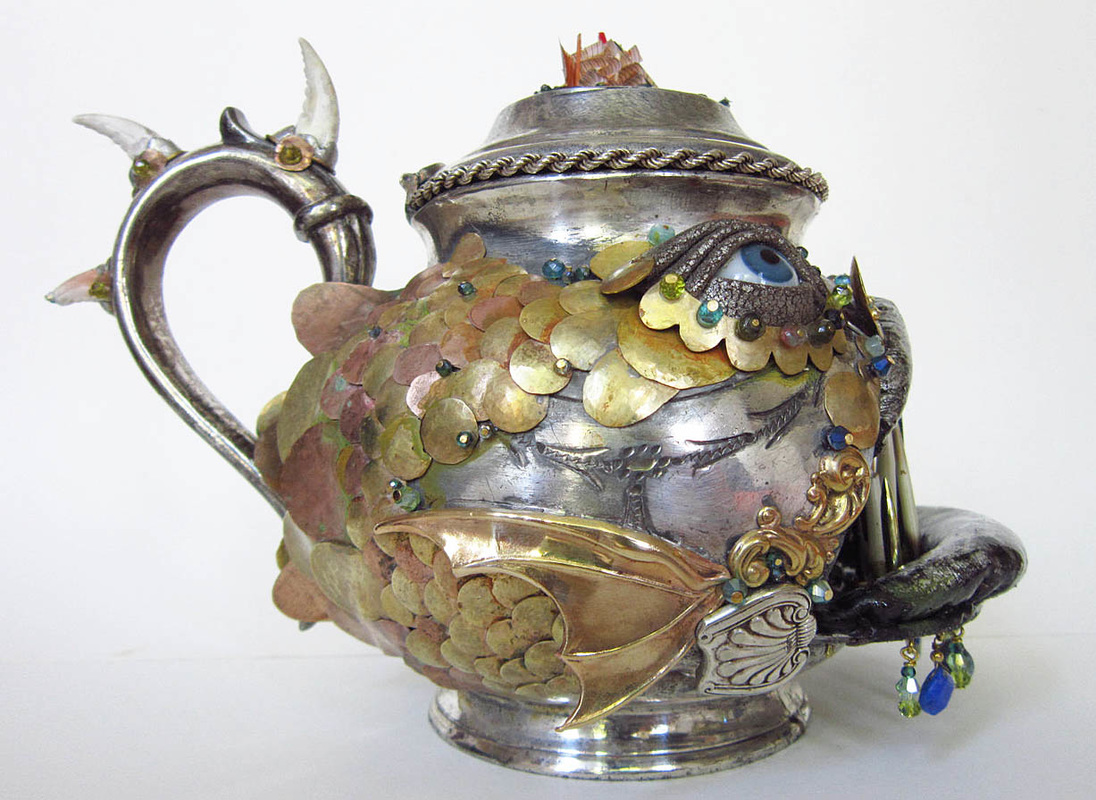 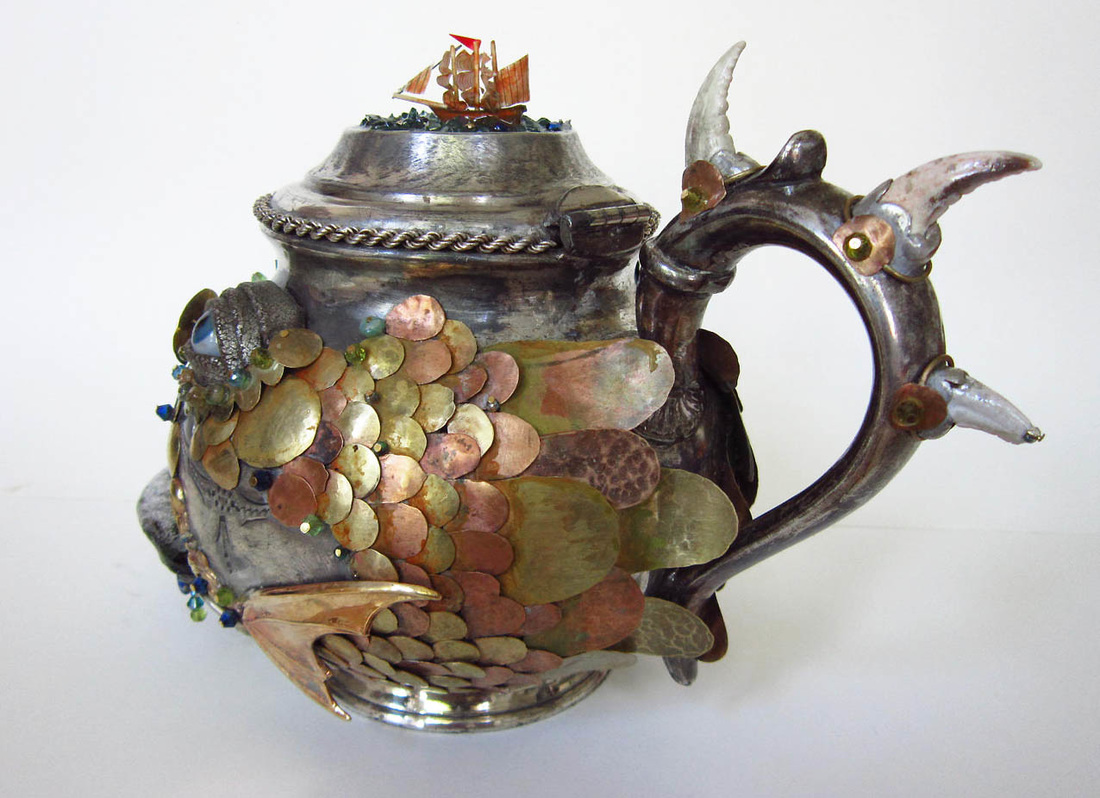